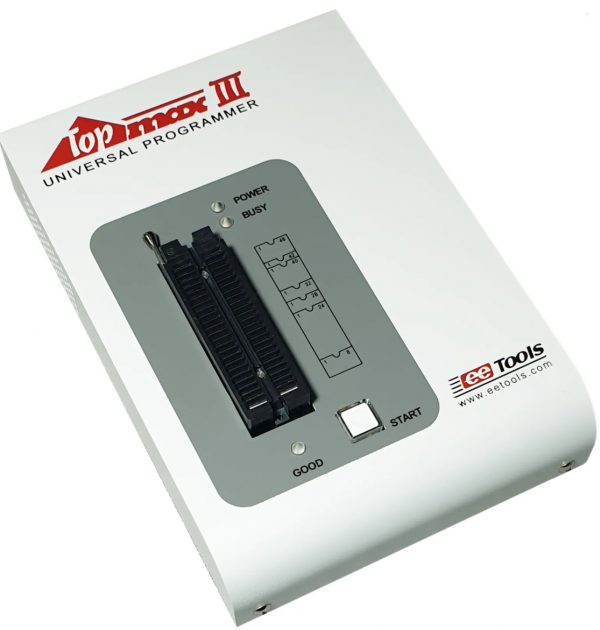 TopMax-III is a high-speed universal device programmer for USB 1.1/2.0/3.0 PC-interface. It programs a 64Mbit (AM29LV641) flash memory in 42 seconds. This is a true low-cost production oriented system. The TopMax-III meets the demands of today’s programming solution for lab and production on line applications. TopMax-III is a software driven device programmer that supports a wide variety of programmable devices including: EPROM, EEPROM, Serial PROM, EPLD, PEEL, GAL, FPGA, and single chip Microcontroller. The great advantage of this programmer is its programming speed and superior software. It’s controlled via a host IBM PC or compatible computer. The operating software has a user-friendly interface that includes window pull-down menus and virtual memory management to deal with very large files.

There are no reviews yet.

Be the first to review “EETOOLS TopMax III” Cancel reply

0
No products in the cart.